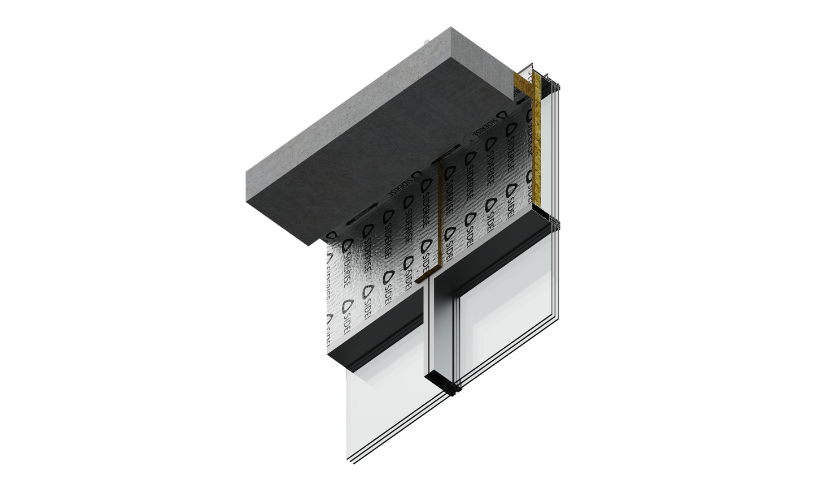 Siderise Insulation is celebrating ten years since first having its curtain wall passive fire protection systems tested to the rigorous BS EN 1364-4 fire resistance standard. A decade on and an additional 16 successful tests later, its unique offering is still providing a straightforward yet advanced perimeter fire containment solution for protecting against vertical fire spread in the most popular curtain wall types— ensuring compliance and supporting specifiers in delivering the safest standardspossible for their projects.

Siderise perimeter fire barrier systems have been specifically designed to provide enhanced fire resistance performance of the perimeter fire seal at the interface between the floor slab and the spandrel zone of curtain wall façades. These incorporate the market-leading Siderise CW-FS Curtain Wall Firestops alongside Siderise CW-FB Curtain Wall Fireboard and mullion protectors, in various arrangements. Each system has been tested to BS EN 1364-4 in commercially available ‘Type A’ non-fire rated aluminium curtain walls, in arrangements achieving fire ratings of both 2 hours (EI 120) and 3 hours (EI 180). In addition to ensuring compliance with Approved Documents B (under BS EN 13501-2 and BS EN 13830), this has been the recommended test standard for perimeter firestops used at the periphery of buildings with curtain walls by the Association for Specialist Fire Protection (ASFP) since 2014. Furthermore, in July 2022 the Centre for Window &amp; Cladding Technology (CWCT) announced a proposed update to its Technical Note 98 to also adopt this recommendation. It is also a route to compliance in other jurisdictions around the world, such as in the UAE and Europe.

What’s more, since 2017, Siderise CW-FS Curtain Wall Firestops in combination with Siderise CW-FB Curtain Wall Fireboard is currently the only passive fire solution system on the market to have been tested to BS EN 1364-4 with pre-test movement cycling of the fire seal in accordance with EAD 350141-00-1106. The seal is subjected to mechanically induced movement to ±10% of the seal width at 30 cycles per minute (500 cycles) prior to undergoing the BS EN 1364-4 fire resistance test. This is the ultimate demonstration that the Siderise CW-FS—thanks to its unique, vertical-fibre Lamella construction— can withstand the long-term movement of the curtain wall façade without degradation, and still deliver the required fire resistance performance.

Siderise is also a strong advocate of third-party certification, including multiple BS EN 1364-4 test arrangements, undergoing factory audits and manufacturing checks prior to testing. This provides specifiers with clear assurance in the performance and consistency of the products. Many of its BS EN 1364-4 tests are third party certified and, to date, Siderise CW-FS Curtain Wall Firestops remains the only curtain wall perimeter barrier system to be CE Marked.