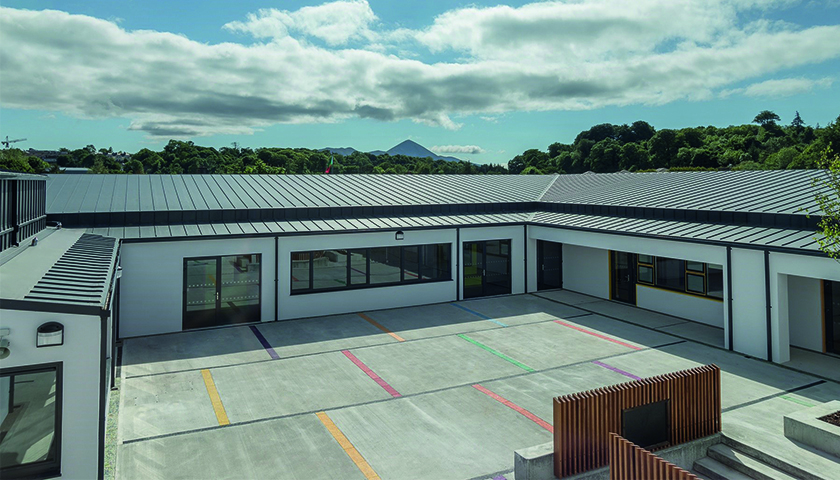 The new school in Westport which was installed with a 2,300m² Bauder Thermofol roof has been recognised at this year’s Royal Institute of the Architects of Ireland (RIAI) award ceremony. The RIAI aims to recognise the quality of work carried out by RIAI members and highlight the contribution of Irish architects to the society. Scoil Phadraig under the project name of ‘New School in Town’ was nominated in the Public Choice Award for the best building in Ireland for which it was voted 2nd and was awarded Best Educational Building..

The architectural team from Simon J Kelly and Partners was led by Dermot McCabe and Elaine Naughton, who have previously completed the award winning Oughterard National School project in 2014, which also featured a Bauder Thermofol roof. Their strikingly modern and light filled design with 16 classrooms, a general-purpose room and ancillary accommodation provides all the features needed to enhance the children’s learning and to allow the teachers to set high standards of education.

Another eye-catching aspect of the building is its 2,300m² roof. The Bauder Thermofol PVC system, which was installed by approved contractors Priority Roofing & Cladding Ltd, provides an aesthetical finish to the building in addition to a strong waterproofing system, resistant to the Irish climate. Following a final inspection, Bauder were able to provide a 20-year guarantee for the entire roof.