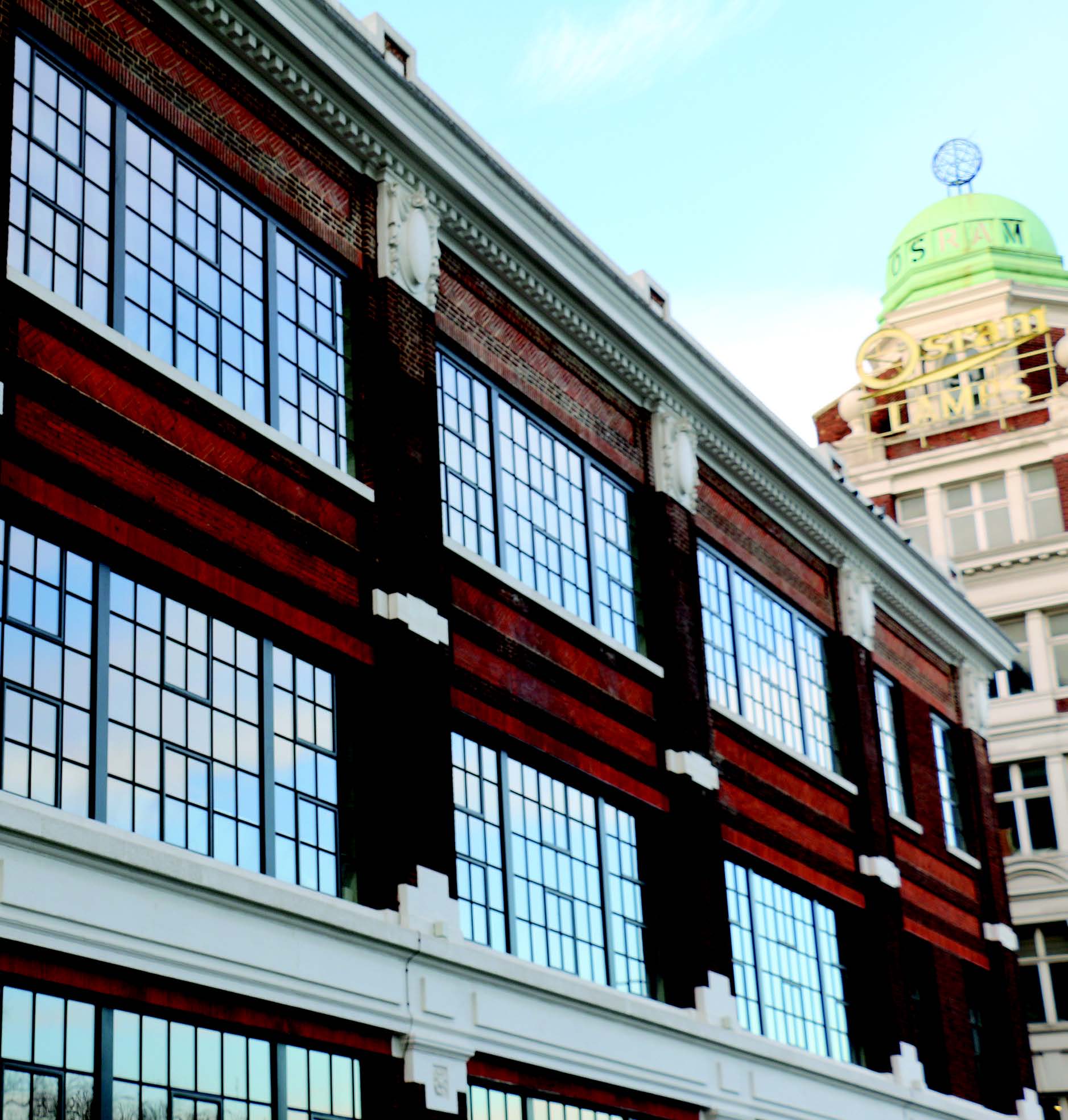 A new landmark headquarters building in West London – a striking redevelopment of a Grade II listed garage and showroom – has been created using Crittall windows to reflect its historical context and satisfy conservation requirements. The character of the building’s broad frontage has been retained – an important consideration because of its listing and its location in a conservation area – with Crittall large form Berkeley windows providing a significant visual aspect in the street scene. The Berkeley was originally created in order to replace existing 1920s and 1930s steel windows that were predominantly single pane leaded glass, exterior putty glazed.