MARLEY ALUTEC PUMPED UP AT STRUMPSHAW .. 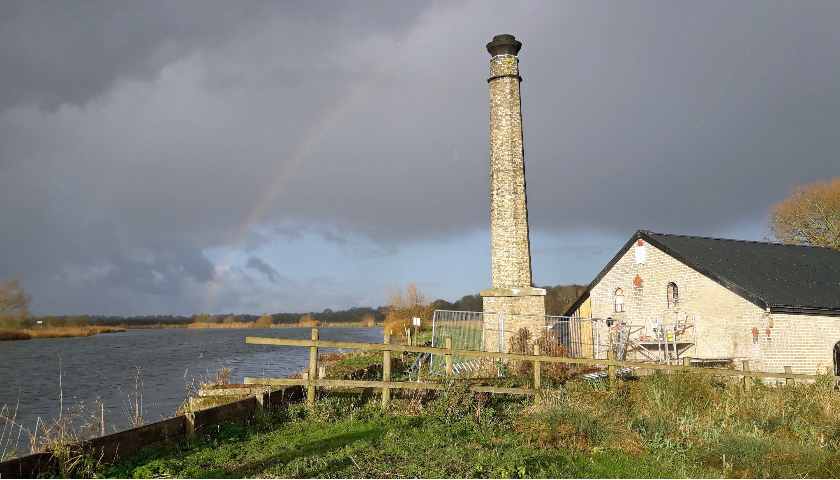 Marley Alutec has supplied its Traditional rainwater guttering system as part of a major restoration to the Victorian pump house and chimney at Strumpshaw Fen. Situated on the east bank of the River Yare, the project is part of a multi-million-pound initiative to enrich and protect unique heritage sites and landscapes in the local area and as such it was crucial that the specified product accurately replicated the original cast iron system, whilst offering long-term performance.

The Strumpshaw Fen pump house and chimney is a well-known and well-loved local landmark, familiar to any walkers on the Wherryman’s Way long distance footpath. Nearing completion, the project is the culmination of nearly two years’ work and has been funded by a £100,000 grant from FCC Environment and the National Lottery. The renovation forms part of the Water, Mills and Marshes: The Broads Landscape Partnership, which will see 38 natural heritage projects conserved and enhanced in the area between Norwich, Great Yarmouth, Lowestoft, Acle and Loddon.

The Strumpshaw Fen pump house and chimney is a locally listed, grade 2 building, which was constructed in the 1890s. The complex structure consists of a tall octagonal chimney sat on a square plinth base and a large, broad, single storey engine house. As part of the renovation, the Broads Authority has repaired works to the chimney, drainage and roof. Additionally, the project team has completed the erection of an open sided lean-to extension to the engine house. Given the nature of the building, the Broads Authority needed products that provided long-term, effective performance, but that retained a historic look.

Speaking on the project, Andrew Farrell, Programme Manager at the Broads Authority commented: “The Strumpshaw Fen pump house has started to show signs of wear and tear in recent years and as such, it was essential that the building’s performance was improved without the loss of the of the building’s original feeling. Therefore, it was an obvious choice to select products from Marley Alutec’s Traditional Aluminium Rainwater Gutter range which combines modern performance, with a traditional look and feel.

“Once completed, the mill will serve an important function in the local community becoming a centre that provides training to maintain heritage skills. In turn, this will help to improve the local population’s access to and understanding of activities within their landscape.”

Marley Alutec’s Traditional Aluminium Rainwater Gutter range is an ideal solution when working on historic restoration projects as it is an accurate replacement for cast iron gutter systems, common on listed and heritage buildings. With a functional life expectancy of 50+ years, with little to no maintenance, the Traditional gutter system is available in 19 standard colours, including the popular Heritage Black, which accurately emulates the appearance and texture of traditional black cast iron systems. As an additional benefit, the system is manufactured from marine-grade aluminium meaning the product is also 65% lighter than cast iron, making it easier to handle and install.

Speaking on his role in the installation, Tom Allen, a Carpenter and Joiner at the Broads Authority commented: “When you are working on a restoration project like Strumpshaw Fen, it is important to have access to high-quality building solutions. With this solution in particular, we benefitted from being able to cut the system down on-site, without the need for specialist tools. Due to this, the installation team was able to ensure the product fitted perfectly to the different areas where it was being installed, allowing it to perform optimally, while also preserving the building’s historic look. On the whole, I found the solution to be really easy to install and was impressed with its strong, cast-iron appearance.”

The restoration project at Strumpshaw Fen is already turning heads, having picked up a number of leading awards including first prize in the ‘Preservation and Rejuvenation’ category at the Norfolk Construction Excellence Club awards. Similarly, at the National Excellence Awards, the project was also highly commended, again in the ‘Preservation and Rejuvenation’ category. What’s more, the project has been built with support from bricklaying students at the City College Norwich – as a result of which, the college has set up a heritage skills program, which will continue to provide support for students wanting to learn more traditional building skills in the future.

Speaking on the Strumpshaw Fen pump house and chimney renovation, Jason Littleboy, Area Sales Manager at Marley Alutec commented: “We’re delighted to have been involved in this project, which is making a big impact in the local area. Our products have helped to rejuvenate a crumbling building and will guarantee long-term performance moving forward. The project team deserves a lot of credit and it is great to see them being commended with some of the industry’s leading awards. More than anything, it is great to see young students from the local colleges working with our Traditional range.”