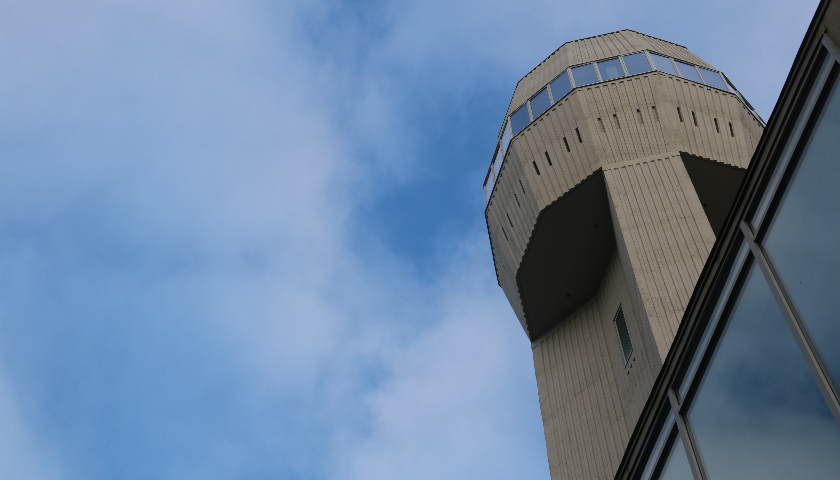 Crittall windows have been installed in a refurbished historic tower in a harbourside location in the centre of Bristol.

The Cheese Lane Shot Tower, although only constructed in 1969, has more than one claim to fame. The 43-metre-tall reinforced concrete structure was designed as a replacement for the very first such building ever constructed, the Watts Tower, built by a local man William Watts who in 1775 invented the process of manufacturing lead shot for pistols and muskets by dropping molten lead through a sieve vertically into a tank of water. The molten metal forms into a spherical shape as it falls and solidifies in the water.

The original tower was demolished in 1968 but replaced by the present structure which became the last shot tower to be built in England. It was listed Grade II by English Heritage in 1995 thus saving it from demolition to make way for an office development. Instead, it was incorporated into the scheme as a local landmark.

The building is currently owned by the Workforce Development Trust that now occupies the first and second floors of the office building surrounding the tower which has since been refurbished.

Crittall Corporate W20 vertical pivot and fixed windows with pressed metal cills have been installed in the 12-sided room at the top of the tower. This was originally the crucible room that housed a gas-fired cast iron cauldron where lead ingots were melted before the molten metal was dropped down the tower. The room, with its new fenestration, is now available to rent as a unique meeting space.

To find out more about Crittal’s fixed windows click here.