Gilberts Ventilators have been installed in Europe’s most advanced healthcare simulation centre .. 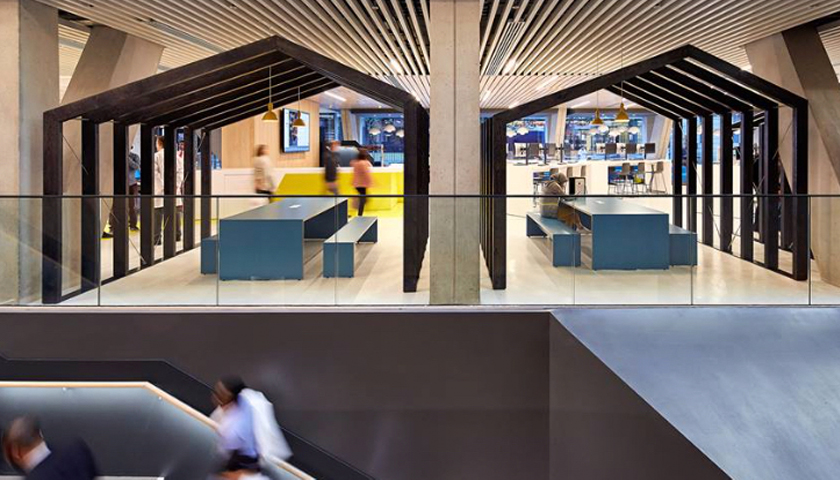 The most advanced clinical healthcare simulation centre in Europe is assured of a healthy environment for its occupants despite planning constraints and almost half of the building being below ground.

The award-winning(*) Royal College of Surgeons in Ireland (RCSI) has opened the new centre at 26 York St, in the heart of Dublin’s St Stephens Green area, all of which is ventilated by grilles and diffusers from UK-based Gilberts Blackpool.

In total, some 500 of Gilberts’ ventilators have been installed, via Keane Environmental, throughout the 10,000m2 building.

Gilberts’ GSL slot, GSF perforated plate swirl, MBD multi linear blade, GZL zip and DGA four-way diffusers plus LGN slimline linear bar grilles have been utilised to air the space. They have been incorporated into the multiple learning, study and recreational environments throughout the ten floors, including the 1200m2 National Surgical & Clinical Skills Centre- the first of its kind outside of the USA.

Explained Keane Environmental’s Ryan Caldwell. “The site is compact, and in the heart of Dublin’s historic centre, which posed build height restrictions. Thus four floors are below ground level. We also had to balance the architectural aesthetics, and appropriate air changes across a range of internal environments, which had varying degrees of requirements in terms of air quality. By using Gilberts grilles we were able to provide all the technical expertise, product quality and diversity to meet all of the project complexities.”

Founded 55 years ago, Gilberts Blackpool is unique in its ability to develop components- whether ‘mainstream’ or bespoke – entirely in-house, from initial design through tooling, production, testing and supply, at its 90,000 ft2 manufacturing facility and head office in Lancashire. Its state of the art test centre, designed and built in-house, is one of the most technically advanced in the country.

To find out more about Gilberts Ventilators, click here